Reflections from my journal #2: My struggle with Lukewarmness (2)

Here is a continuation of my journal entries about my struggles with lukewarmness. See "My struggle with Lukewarmness Volume 1" from yesterday. These might not be very fun to read, but I had to put it out there, in hopes that maybe my experiences will, one day, help someone....at least one person...who is struggling with the same thing.

Tomorrow I will be posting more, funner stuff about pharmacy school and my fall 2012 resolutions!

I was very emotional in church today. I swear, today’s homily was just for me. When I heard it, I could not even believe that the priest was talking about exactly the issue I am struggling with now: being indifferent and lukewarm. I mean, the scripture readings for this Sunday weren’t even about that, yet the priest talked about it as if he was talking directly to me! Wow, God, did You arrange for that or what? Did You put me in the right place at the right time? Did You really want me to GET IT? To open my eyes to the truth?  Just 2 or 3 days ago, You have revealed to me that this is what I am struggling with, that this is what I’m up against, and now, on this Sunday mass, You confirmed it! The priest even referenced the same bible verse in the Book of Revelations that I just looked up earlier this week.  “So because you are lukewarm, and neither hot nor cold, I will spit you out of My mouth” And the priest explained that being lukewarm and indifferent is the worst thing we can be guilty of—it is even worse in God’s eyes than hating. God would rather know where we stand. Do we love Him or do we hate Him? Simple. Make up your mind. Love and follow His Will, or hate and reject His teachings. Do not stand in the middle. That’s the worst position. It is the worst position to know the truth and to have the faith, but to NOT LIVE IT OUT—to not care about God! At least when you hate God, you are true to your name, but when you believe in God but are lukewarm, you are a hypocrite. God sure does not like hypocrites. Just think of the many times he criticized the Pharisees in the bible, because they were big hypocrites, who did everything just to be liked and praised by the people.

We watched the Hunger Games with my fiance Greg and my brother Jake last night and I didn’t go to bed until about 3am (wanted to savor the sweetness of my last day of summer),  and today I had to get up a little after 5am. So in the first lecture of the first day of school, I already could not keep my eyes open. Off to a bad start? Haha, it's ok. The first 2 weeks of school, we don't have any exams or major assignments, so I can take it easy.  Now, we have a 4 hour break in school (it’s a 7am to 5pm day for us). I already had some yummy lunch at Noodles and Co with my friends M and J.  ( I couldn’t help but notice the “I stand with planned parenthood” sticker inside J’s car. She is a Polish Catholic that has fallen away from the church and now she is very liberal—to the point of supporting abortions and gay marriage. It hurts me to see a beautiful, young, Catholic-raised woman fall into the trap of liberal mentality…Well, PP gives out free birth control and abortions so what is there not to like about them? Maybe the fact that they killed off a large portion of my generation).  Anyways....  So, today I got bombed with a ton of notes, syllabi and assignments. I have to go home and organize all this junk into binders. When I get home, I also need to pray. I need prayer REALLY bad. I have been way too lukewarm, avoiding God and prayer, only speaking to Him somewhere between the lines of my life, or as I like to say, in the margins of my life. I am definitely going to confession this Friday, since it’s the First Friday of the Month. I already got a plan. I am getting out of my nutrition class at 3pm and driving straight to church to adore, pray, and reflect in the presence of the Lord, followed by going to confession, followed by some more adoration and prayer, followed by mass. But prior to that, I must prepare, and I mean really prepare for Friday.  No, God will not just brush my sins under the rug. He will forgive me, but I must truly want repentance and penance, and I must be truly sorry for my sins—for God is merciful, but He is also just.

According to Revelations 3:16, God surely does not appreciate lukewarm people—people who just want to stay out of everything and stand in the middle, because they are afraid of being judged and disliked by others.   People that will take neither side. They will neither side with God and His Church nor will they side against the Church and Her Teachings. People that want to do “just enough to get by” in life and will not go the extra mile to follow the Lord’s footsteps. They want to be liked—they do not want to be accused of anything. People that care about themselves only, including their reputation. How else can God feel about those kinds of people? He just put this metaphor in my heart, that a lover who truly loves his beloved wants to be either truly, madly, deeply loved back, or else he would prefer to be hated and forgotten…rather than suffering heartbreaking agony over the beloved’s silence and indifference—their lack of purpose and caring. That's how God feels about lukewarm people. I know exactly the fact that I am guilty of offending the Lord with my indifference and lack of strong resolution to change my life, yet I still keep letting another and another day go by without doing enough about it. I need to make a resolution—a strong resolution. No, it’s not New Year’s and it is not Lent either, but it is the beginning of a new school year with a whole new routine to my life—so I really need to determine what changes I am going to make to my every day life and to my character, so I can begin walking in the Will of God. I need a plan that involves prayer, fasting, exercise, writing….a plan that builds up guts and self-discipline.

It is almost time for me to go to my next class, but I will keep my thoughts on You oh Lord, because nothing else brings comfort to my achy, disappointed-at-myself, heart.


When I am feeling discouraged or tired of the struggles, I love to repeat this fragment of the bible: 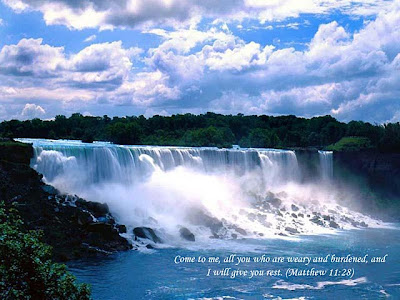 No one is a better comforter and consoler than God.

Posted by RestlessCatholicGirl at 12:44 PM

Email ThisBlogThis!Share to TwitterShare to FacebookShare to Pinterest
Labels: lukewarmness, Reflections from my Journal, spiritual struggles