"You Just Don't Understand" -Differences between Men and Women in Communication

So back when I was working on my pre-pharmacy undergraduate program at Illinois Institute of Technology in Chicago, I wrote an assignment in my sociology class on the differences in communication styles of men and women. The assignment was based on the Deborah Tannen's book "You Just Don't Understand: Women and Men in Conversation." The book was a bestseller for 4 years, so I guess it's worth a read! It was overall a pretty good book and was right-on on a lot of the differences between the way males and females communicate and interact and what they mean by the certain words they say or behaviors they display. Below is the actual assignment that I submitted to our sociology professor. You can kind of treat this as a book review, I guess, to help you get an idea of what the books is about and what I thought about it. 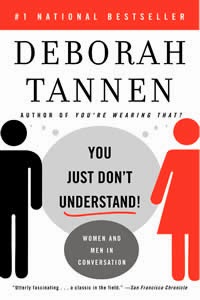 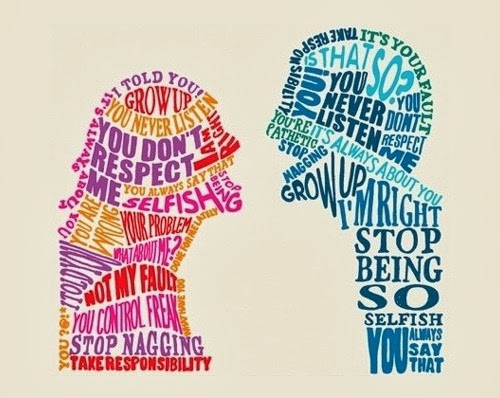 1) WHAT IS THE BOOK'S BASIC MESSAGE, ACCORDING TO YOU?

I think Tannen wants to point out that there are PROVEN differences in the way men and women listen and communicate, due to both biology and environment. Tannen’s aim is not for us to radically change our behaviors or conversational styles, but simply to be aware of the existing differences. The book’s basic message, then, is for men and women to understand and ACCEPT each other for who we are. If both of the sexes were the same, marriage would be boring! The book also tells us that conflict between man and woman CAN be healthy, only if approached with mutual understanding.

2) IS SHE TALKING ABOUT MEN AND WOMEN, OR ABOUT CONVERSATIONAL STYLES, OR BOTH? SORT THIS OUT AND GIVE EXAMPLES TO PAGES TO BACK UP YOU ARGUMENT.

3) HOW WELL DOES SHE SUCCEED IN PRESENTING HER INFORMATION? WHAT ARE SOME OF HER METHODS OF PRESENTATION/PERSUASION?

Tannen has definitely persuaded me successfully—although in some areas more than in others.

4) WHAT ARE HER METHODS OF RESEARCH? LIST AT LEAST FIVE DIFFERENT ONES

5) WHAT NEW CONCEPTS DOES SHE INTRODUCE? (EX METAMESSAGE). LIST THEM AND BRIEFLY EXPLAIN WHAT THEY MEAN. (AT LEAST 7)

8) WHAT IN HER BOOK IS PARTICULARLY BELIEVABLE? EXPLAIN.

What I found very believable was Tannen’s insight on the different ways that men and women signal that they are listening. I think the reason why I found this to seem so true is because I have experienced frustrations in my own life with the well-known stereotypical claim that “men never listen.” When a woman talks to a man, she often thinks he is ignoring her because he either does not say anything at all or if he does, he usually challenges her views instead of expressing agreement. Tannen explains that this is men are not doing this to hurt their partners or because they really are disinterested in what they partner is talking about, but simply because they have a different style of listening. Whereas women give a lot of response (“uhuh” “sure”), feedback, and ask a lot of questions to let the other person know they are listening, men only say “yes” or “uhuh” when they agree, not to let the other person know they are listening. Men also tend to make statements instead of asking questions, which may seem like they’re trying to challenge everything women say.  I have experienced this in my conversations, so to me, this sounded very true.

9) WHICH PARTICULAR INSIGHTS ARE IMPORTANT TO YOU? WHY?

I was very relieved by reading this book. I am in a long term relationship and will most likely be getting married within the next 2-3 years, so Tannen’s insights about how a man’s mind works were very insightful to me. Like most women, when we had an argument that ended in a “stalemate,” I did not know what to do, what to think, or what to say. I didn’t know why we would always throw in each other’s faults into our arguments and each person would blame the other. Now I know that neither of us understood how different we really are, and instead of making things worse by pointing each other’s flaws, we should understand and accept each other’s differences. Tannen made me understand that men and women are not only different biologically, but that they were raised and nurtured in totally different environments, which caused these differences to develop even further. Now I know that instead of being against each other, we need to be for each other—because the way we talk and the way we listen will never be the same. Although there is no, single way to fix disagreements, small adjustments can be made by both sides in order to thrive in love and mutual understanding.

10) IS SHE DEAD WRONG ABOUT SOMETHING? EXPLAIN.

She is oversimplifying both the woman and the man, as individuals, and the relationship / love between man and woman. It seems silly to argue that simply the different ways that men and women talk is the main factor behind fights and divorces. A lot of the studies/experiments as well as the many interactions between boys and girls presented throughout the book demonstrate that the two genders display different behaviors and place importance in distinct values. However, Tannen often emphasizes only the findings that underline the difference in how the two genders communicate in different manners. Tannen definitely defends her standpoint a few times throughout by mentioning that it is not always so “black and white.” So, she is not “dead wrong” about men and woman relations because she does say that oftentimes, the success of a relationships depends on many other, situational factors.

11) WHY DO YOU THINK THE BOOK BECAME A BESTSELLER FOR 4 YEARS? WHO BOUGHT IT AND WHY?

The book is easy to understand but at the same time, it is supported by extensive research. It’s a great educational tool for the average person. I think it was mostly bought by boyfriend-girlfriend couples and married couples. I would predict that women were the largest consumer, since women are known to ruminate on their problems. So, when women have difficulty understanding certain behaviors of men, it often brings them down emotionally and they think the relationship is not working. (They do not know that it is simply because men and women have different expectations in a relationship and different ways of communicating). Many women, as well as some men, are puzzled by the behaviors and words of their loved ones, and this book solves this puzzle for them.

12) COULD PART OF THE APPEAL BE DUE TO THE FACT THAT SHE PLAYS ON OUR PSYCHOLOGICAL BIASES, OR USES VARIOUS PERSUASIVE TRICKS? OR DOES SHE USE LARGELY RATIONAL KIND OF ARGUMENTS? OR BOTH?

I think the book mostly includes rational arguments, however, there are a few biases that the audience may fall for throughout. First of all, Tannen uses a lot of anecdotal evidence. Much of the proof for her arguments comes from single conversations of some couples she knows. We tend to believe strong, powerful anecdotes, especially if they somehow may relate to us, instead of believing statistics or scientific evidence. As readers, we may also experience hindsight bias. Tannen points out the reasons for the basic differences between men and women, and we think that this is so obvious that “we knew it all along,” when in fact, we just learnt it. Also, as I was reading the book, I noticed that I was undergoing confirmation bias. I underlined only those ideas that matched my original views, but tended to ignore the findings that didn’t agree with my opinions. However, this is not a bias that Tannen tries to play on the reader, but one that the reader undergoes by himself.

Despite our differences, in the end.... 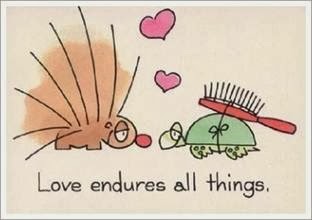 Posted by RestlessCatholicGirl at 11:37 PM