Thanks to Jen for hosting the weekly Quick Takes

#1 We had our house blessed by our parish priest


Fr. Sebastian, our young and vibrant parish priest, came out to our house to bless it. Not only did we want the house blessed for the new year, but this is our first home together in general, so we wanted to make sure it was blessed with holy water... just in case. St. Teresa of Avila, St. Faustina and countless other Saints said that holy water was the best weapon against evil spirits and that Satan was afraid of it. So there we go, hopefully our house is now clean and holy. I also had a bunch of religious artwork (pictures, crucifixes, figurines, rosaries) that I either purchased here or someone brought us from Poland that were also never blessed, so Fr. Sebastian blessed those for us as well! We made tea, ate some cheesecake, and had some nice conversations and laughs. He has only been a priest for a year but you could tell he was made for it!!! He definitely has a strong vocation and is following it. We talked about many things and he got to know us better and was glad that we invited him over.  We talked about my experiences in campus ministry, about pro-life matters, about the pilgrimage he is planning to Rome for the Sanctification of Blessed John Paul II, and many other things. He told us that now that we have his cell phone number, to call him whenever we need anything. I admire him so much. He's awesome!  Of course, prior to him coming over, I friended him on facebook and Greg and I facebook-stalked him just a little bit. It was nice to see his journey to priesthood, and even watch a video of his first ever homily - which was so hilarious that even he couldn't stop laughing and catch his breath...and let's not speak of his classmates that were listening. They were laughing so hard in the video. And so were me and my husband! Haha. (The homily of course contained a wise Catholic message...but it was just very funny the way he said it...and the comparisons he used).


#2 We went skiing on Sunday

We had snow much fun but it was bitterly cold. We went in the evening and the temp dropped below zero. My fingers started losing sensation because I didn't have good skiing gloves. So hubby being the hero that he is, gave up his manly, thick ski gloves and took mine for himself. So then I enjoyed watching this manly man snowboard down the slope in his hot pink gloves!!! hahaha. Love him.

#3  We've been getting asked this question a lot:


THE NUMERO UNO MOST COMMON QUESTION
THAT GETS ASKED TO NEWLYWEDS:
(at every single possible occasion, I swear) 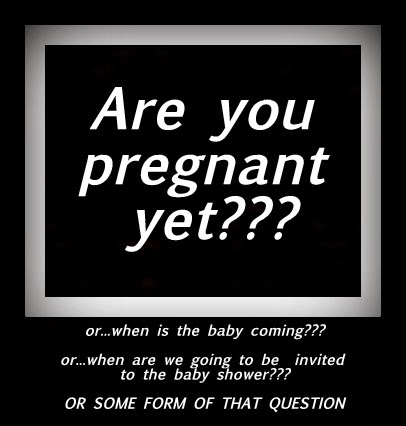 What goes through my head:
"UM NO! But when we are, we'll be sure to let you know
Like through an annoucement or something.
Like everybody else does. Quit being nosy already! "

What I actually say: 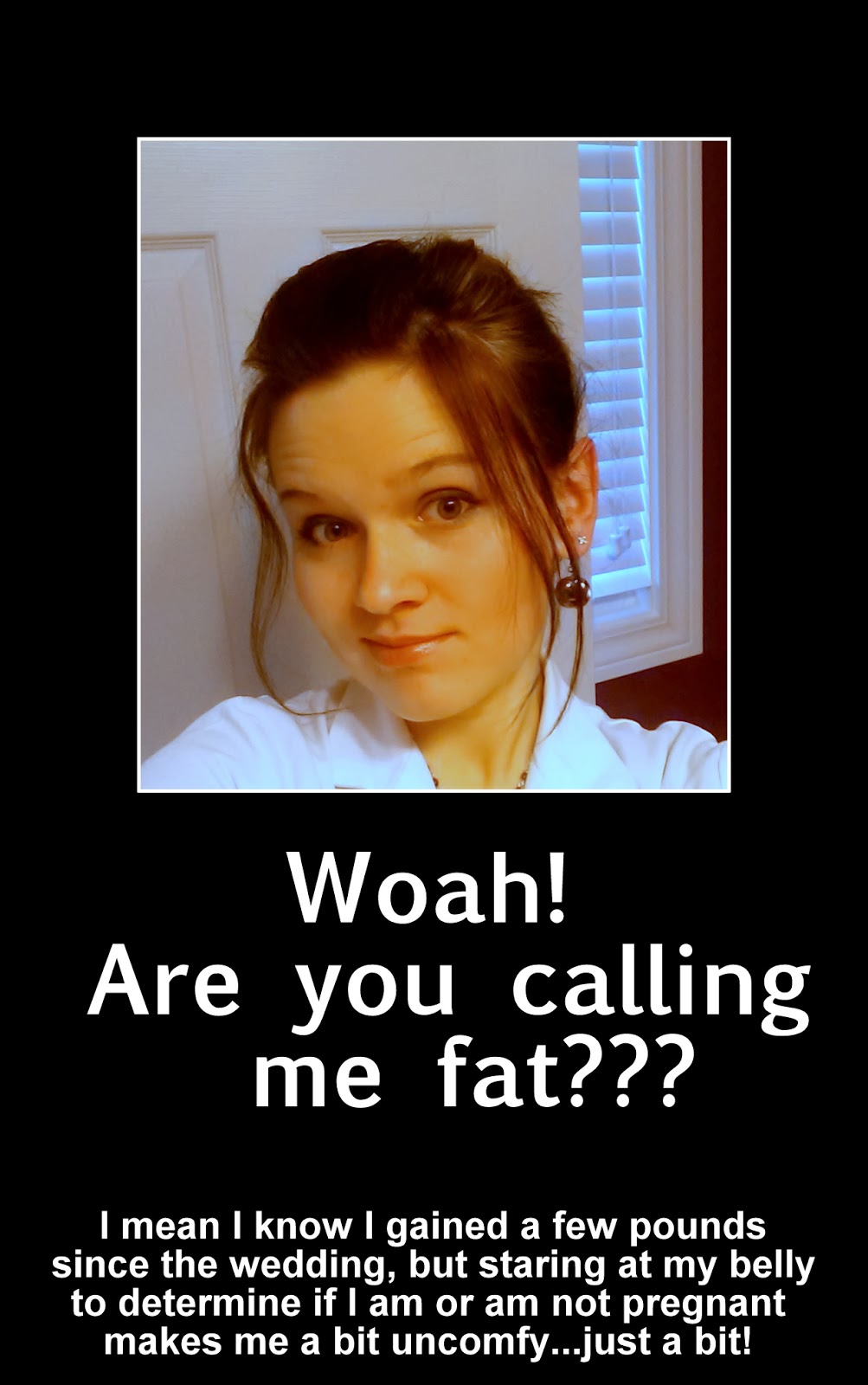 Just kidding. I would never say that.
I even had a hard time making this meme for fear of being judged by ya'll.
I know I know, I'm a sensitive, sometimes not very self-confident person.
But that's okay, because I usually can't stand people that are INsensitive and OVERconfident
....but I digress. Haha.

This is what I actually, actually say...although maybe a little less eloquently than that:
The baby will come whenever God gives it! I'd like to finish [at least a majority of] pharmacy school before I become a mother to a little miraculous bundle of joy that will also be very demanding of my love and attention....but if God gives us a baby earlier, we will be happy to accept it and love it.

What probably goes through their head:
What does she mean by "whenever God gives it"....does that mean they're not contracepting??? Woah. They'll be preggos in no time in that case!"


But seriously...
Story #1: I had my cousin's baby in my lap at a baptism party we went to.
Somebody who was actually at my wedding (5.5 months ago): "This is your baby???"
"Ummm yes, dear idiot unwise person, I magically grew a belly in the last 5 months, popped out a baby, and now it looks 2 years old ."  think PEOPLE, think!

#2: A Bridesmaid from my wedding on the same day as above: "when are you guys gonna make some babies???"

#3: Another random person that also attended my wedding (at the same party on the same day as above):
"when are we all coming to the baptism of your baby?"


#4: Sister in law (Greg's sister)  messaged me a few days after the above:
Her: "Agnes!!!! Are you pregnant????"
At which point I got a little annoyed!
Me: "not that I know of"
Her: "because you've been posting pictures of baby rooms bla bla bla whatever else she said"
Me: 'I haven't been posting anything. I liked a picture of a baby room on a pregnancy facebook group...because I love babies and I want babies. But unfortunately I still have a year of full time pharmacy school left.
Her: That's what I thought....bla bla bla bla bla bla......

My head: WHY DOES EVERYBODY THINK I'M PREGNANT??? Besides, if I was pregnant...we'd probably wait it out to make sure everything was okay and give everybody an announcement at the right time...you don't have to be nosy and know before errbody else...before I even know lol (I know I know...I have no patience with people...I have to work on that) 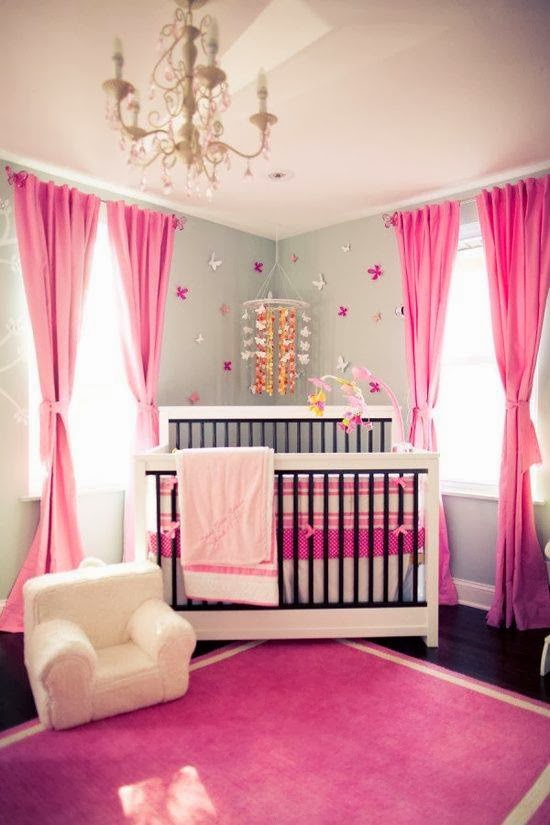 Idea for my future baby girl... 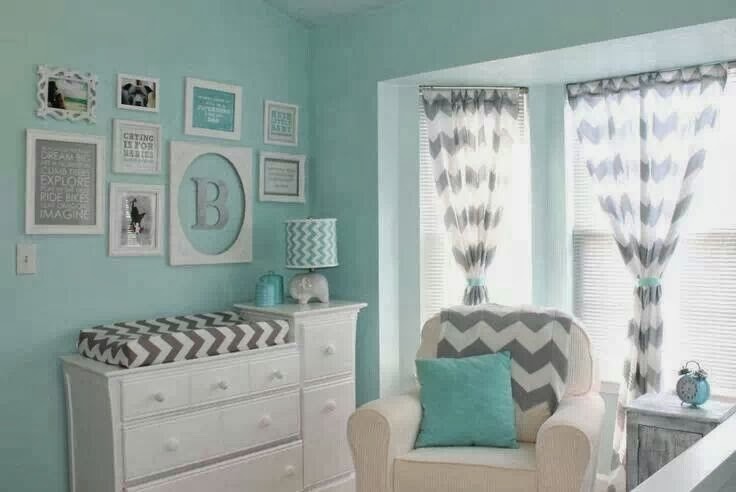 Idea for my future baby boy...

Who am I kidding? I am not this creative and not this modern in taste...I will probably never be able to imitate these fancy modern little nurseries. But one can dream :-)

#5 Tiger has been getting creative with his sleeping/hiding spots 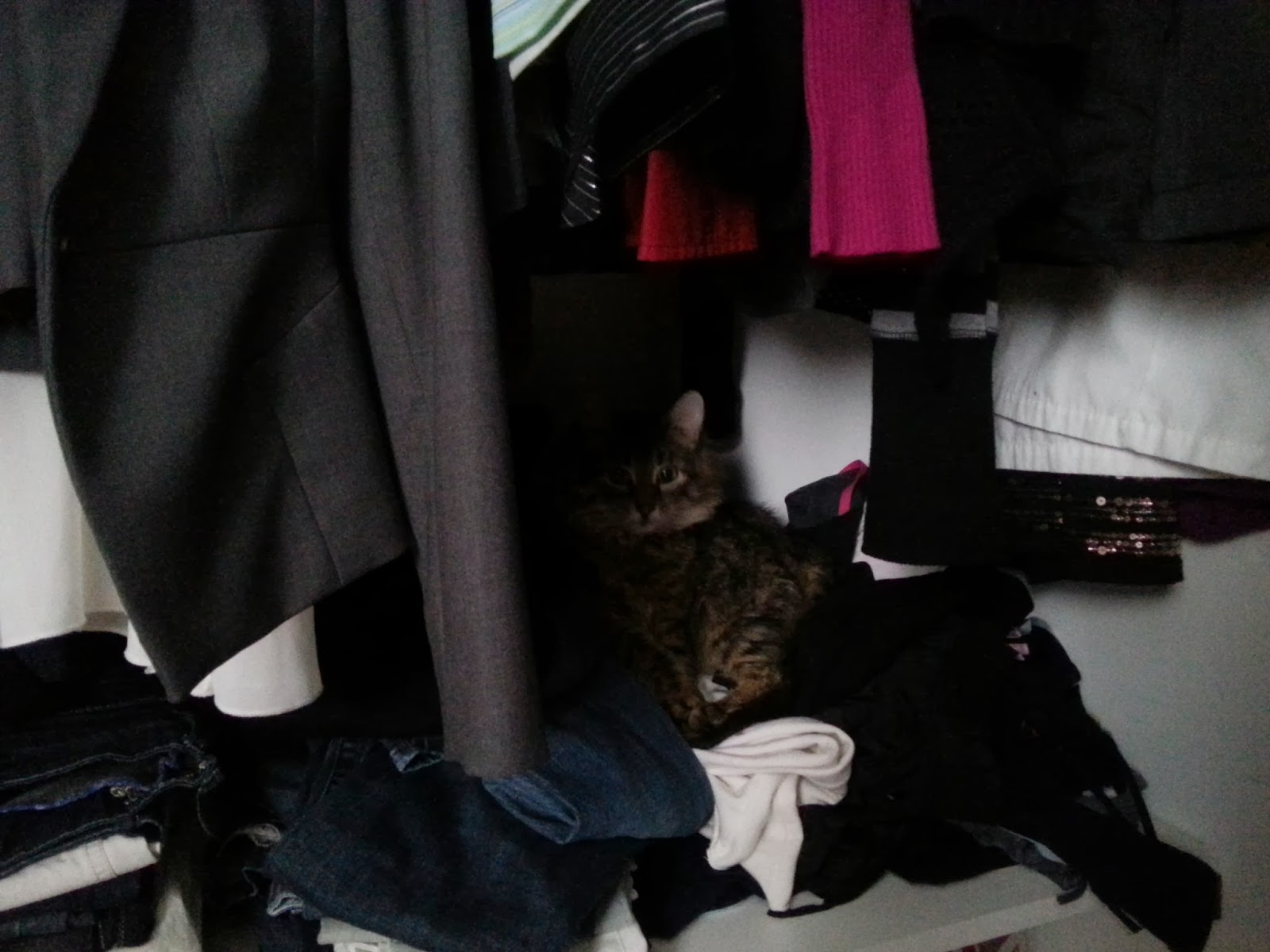 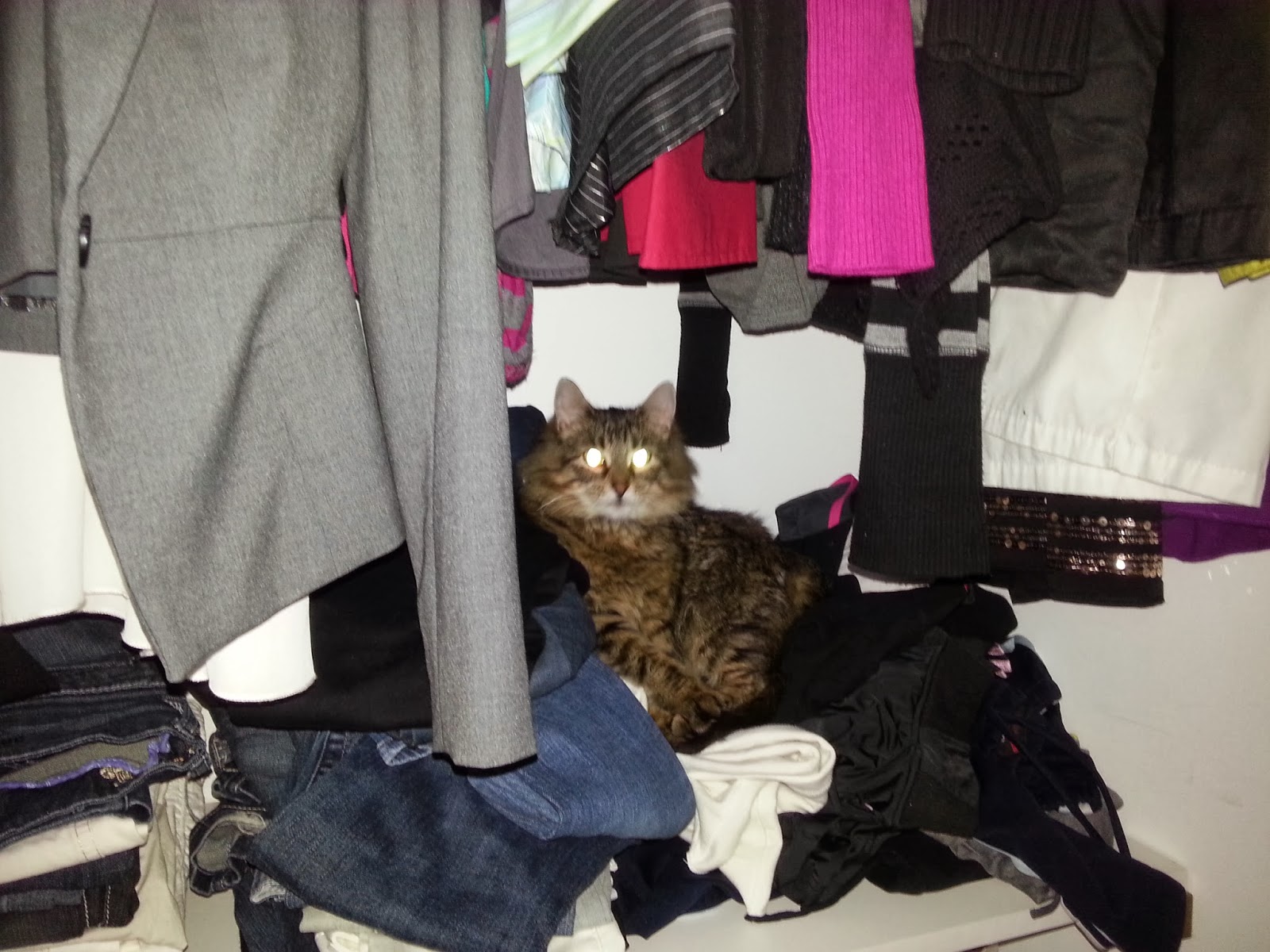 And he has been chilling with me 24/7...especially when I'm studying.
(I should be banned from blogger for posting too many pictures of my cat.) 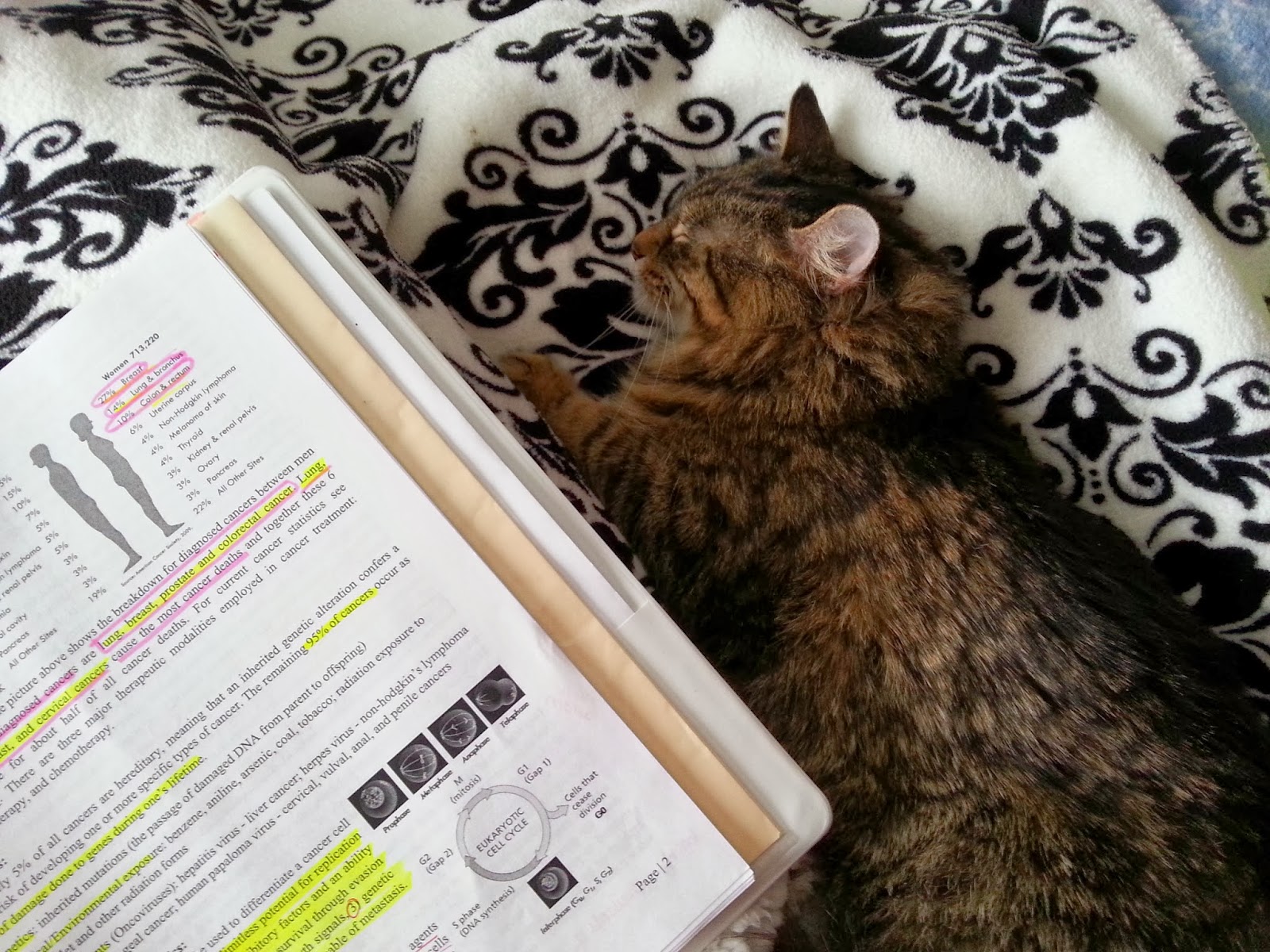 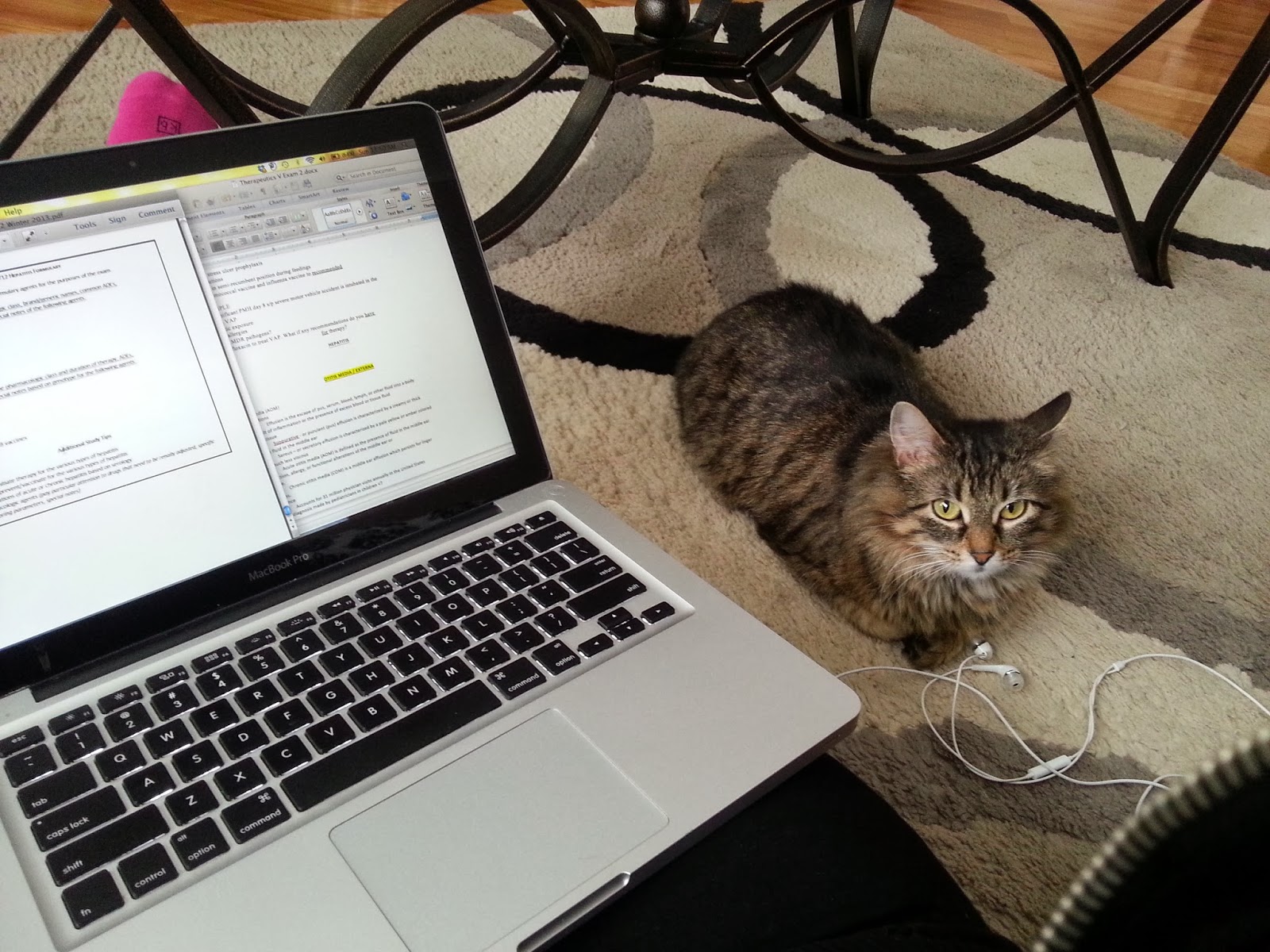 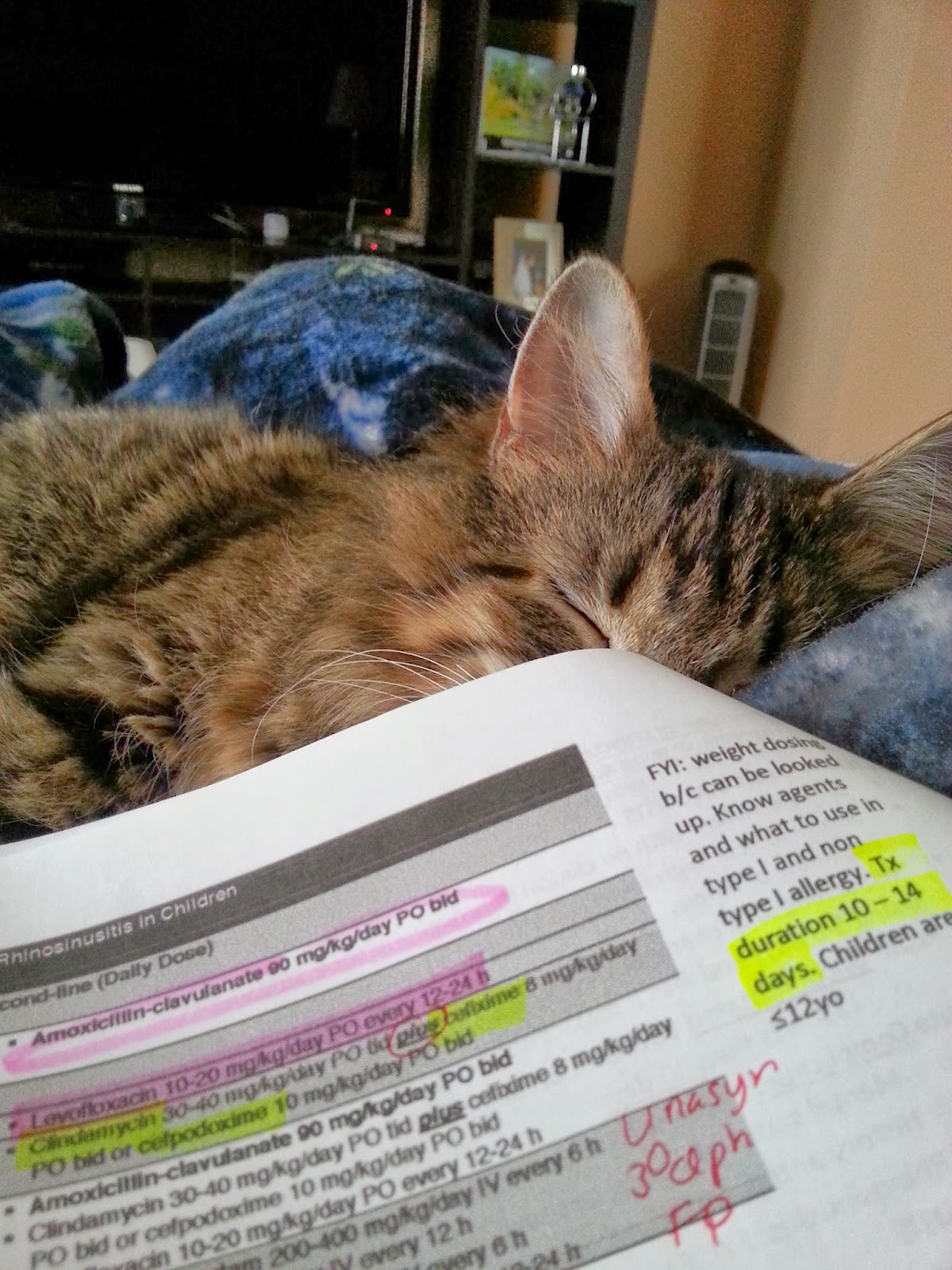 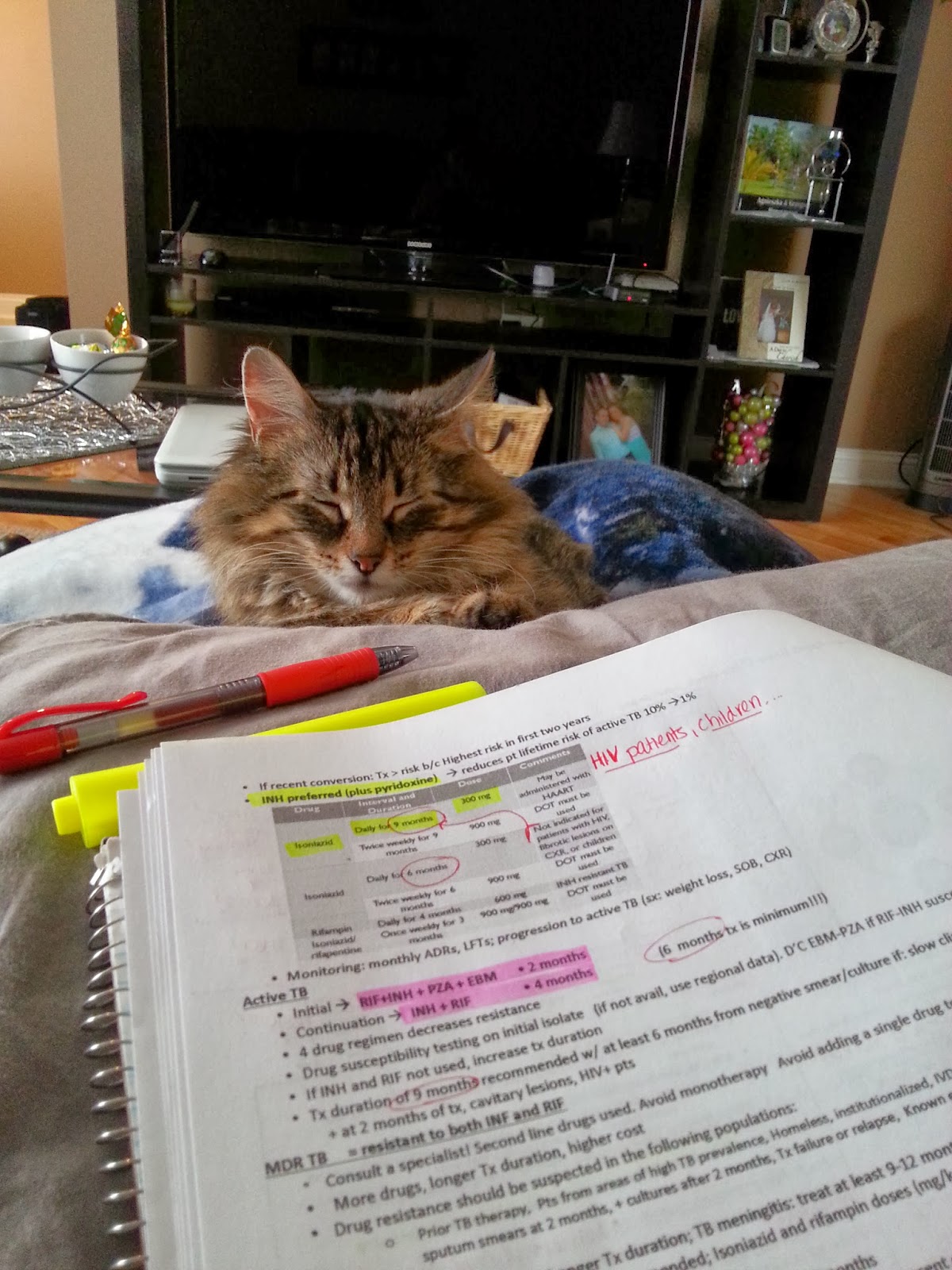 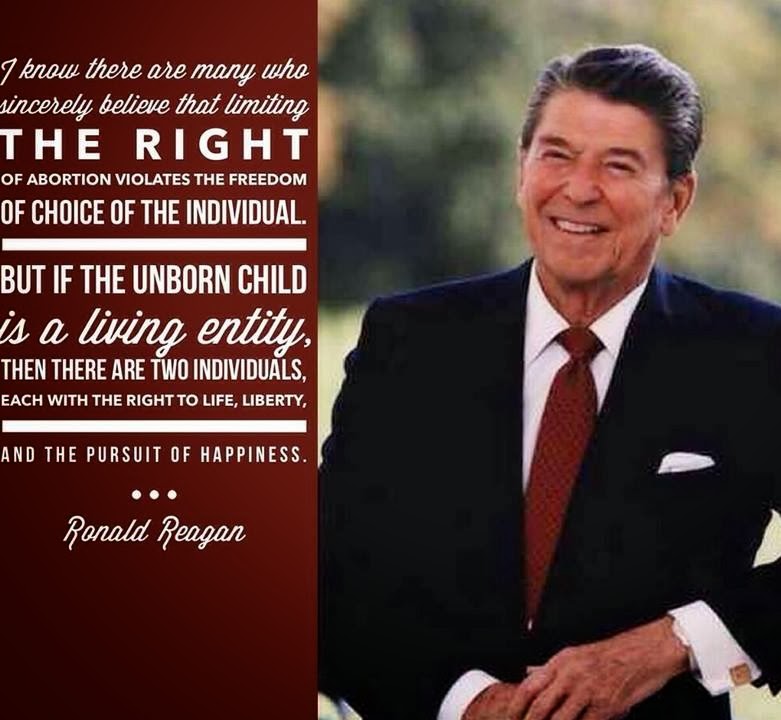 You are now a faraway dream of a president to have.
Our current president hates babies...especially the tiniest ones in the womb. I wish he could understand what you understood...it's so simple...it's human life...a most basic right. 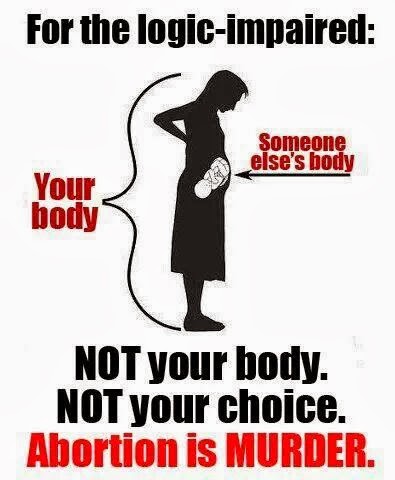 #7 Hubby went back to night shifts this past Monday

We were both sad when we found out.
But I guess this is just another challenge in our young marriage.
We'll be okay...
God knows = we don't have to worry.
The lonely evenings again will be an opportunity for me to increase in my prayer life, and perhaps start going to adoration, and read some Catholic books.
Even if/when it gets lonely..and I'm sure it will (I already miss him) ... at least I'll turn to God more for consolation, for company, for comfort, for love.

Posted by RestlessCatholicGirl at 12:39 AM