I was so worried yesterday, but...


The whole entire day was nerve wrecking since the actual hands on training and exam was at the very end of the day. But everything went fine! And I didn't even hurt my partner at all.

After hours and hours of work on our engagement story, it finally got published today!!

"The [Extra]Ordinary Engagement Story of Agnes and Greg"

A few Sundays ago, Greg and I went to this winter barn/ farm party. They had a big bonfire outside, horse sleigh rides, and hot food and drinks as well as a live band inside. We had a good time! I love horses and I hope to one day move out into the country and have a horse! One day.... 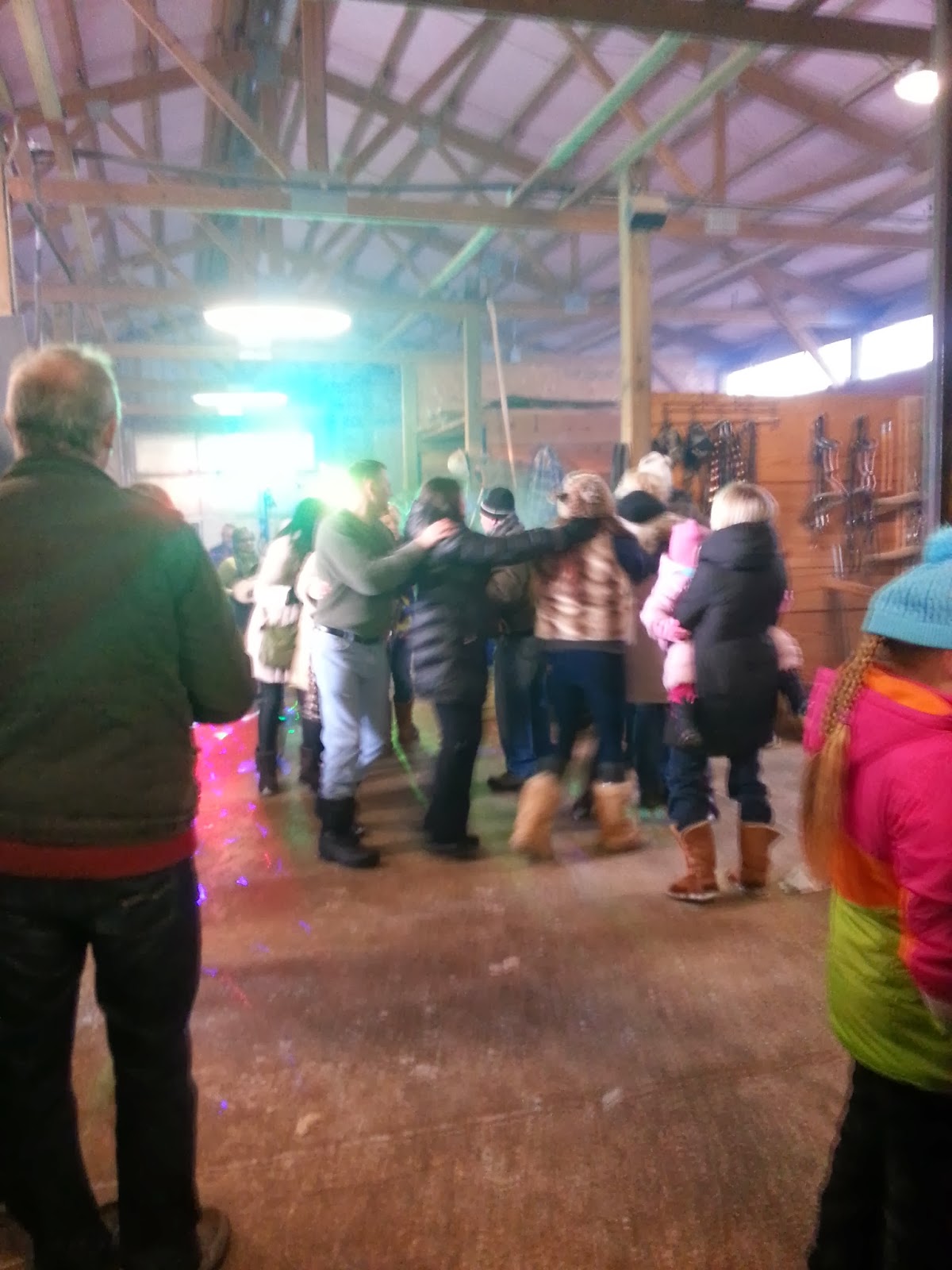 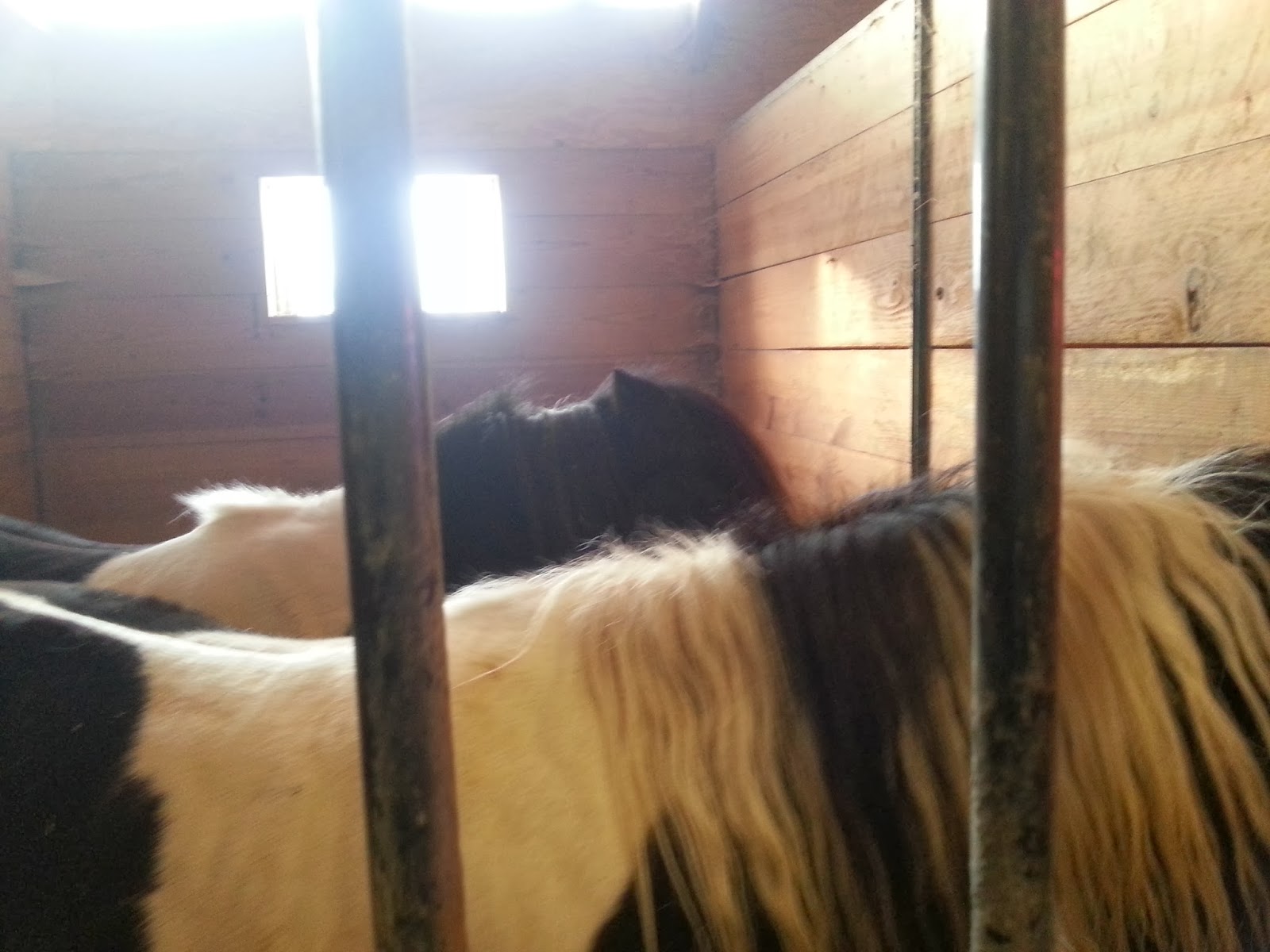 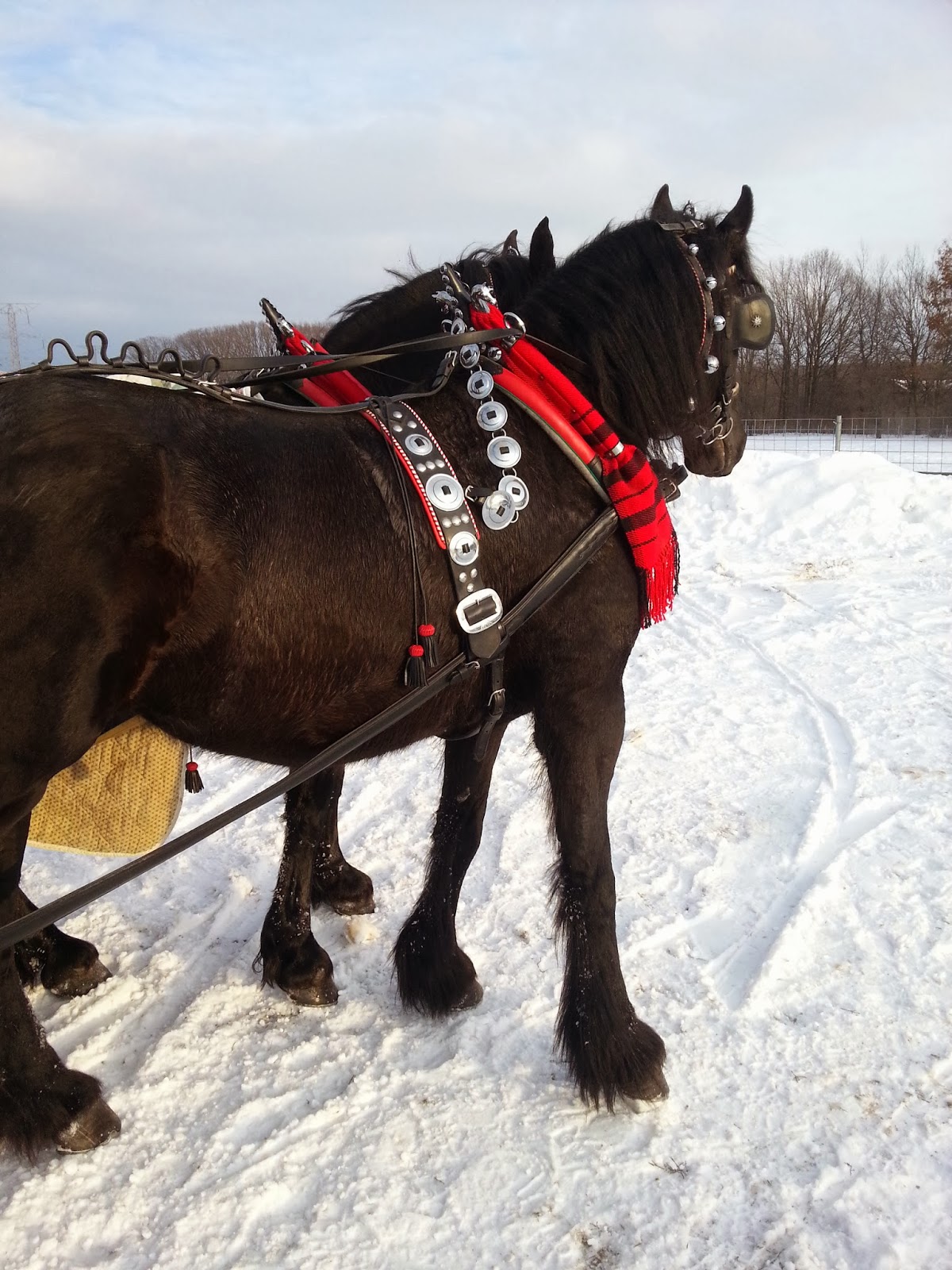 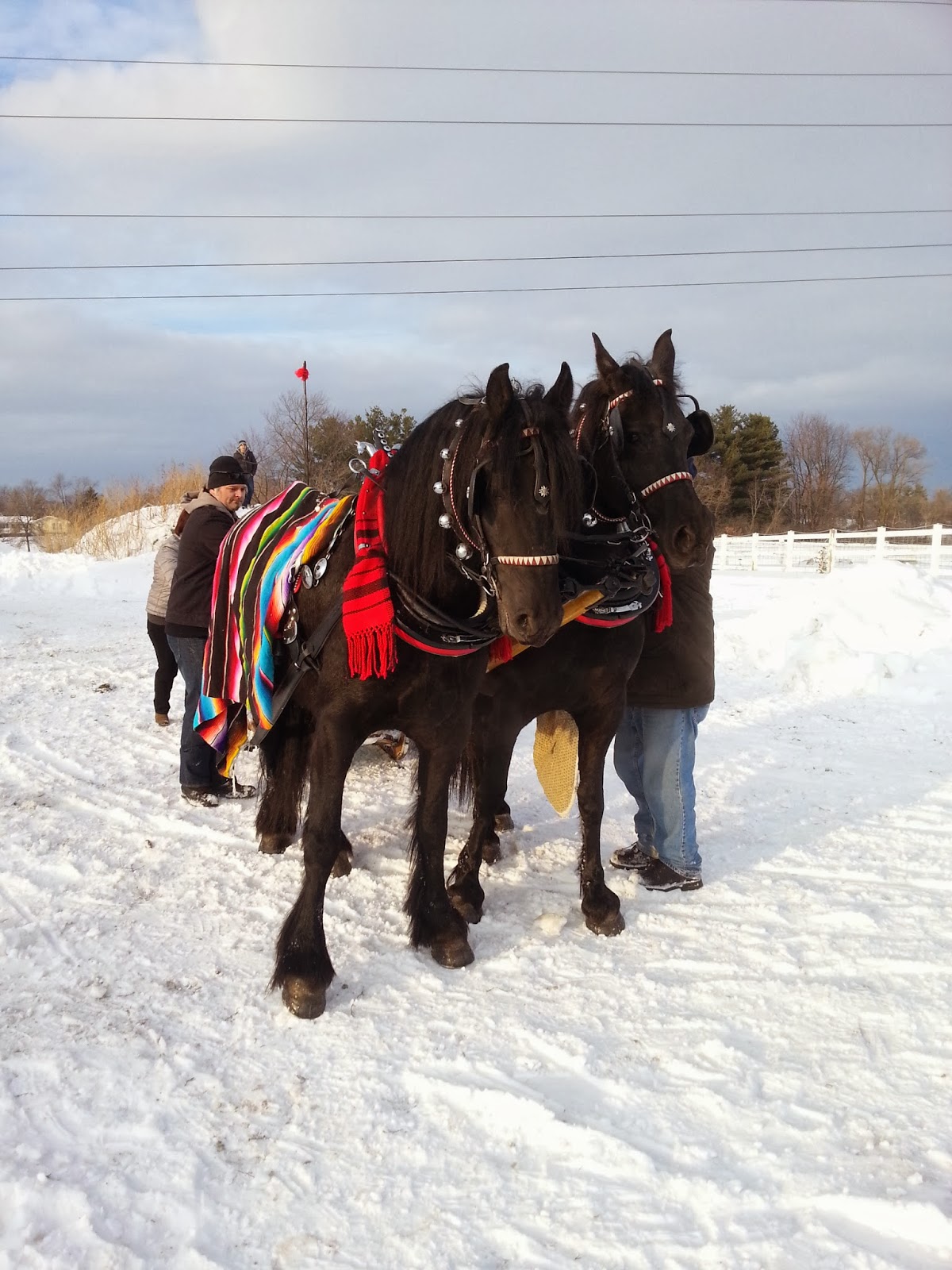 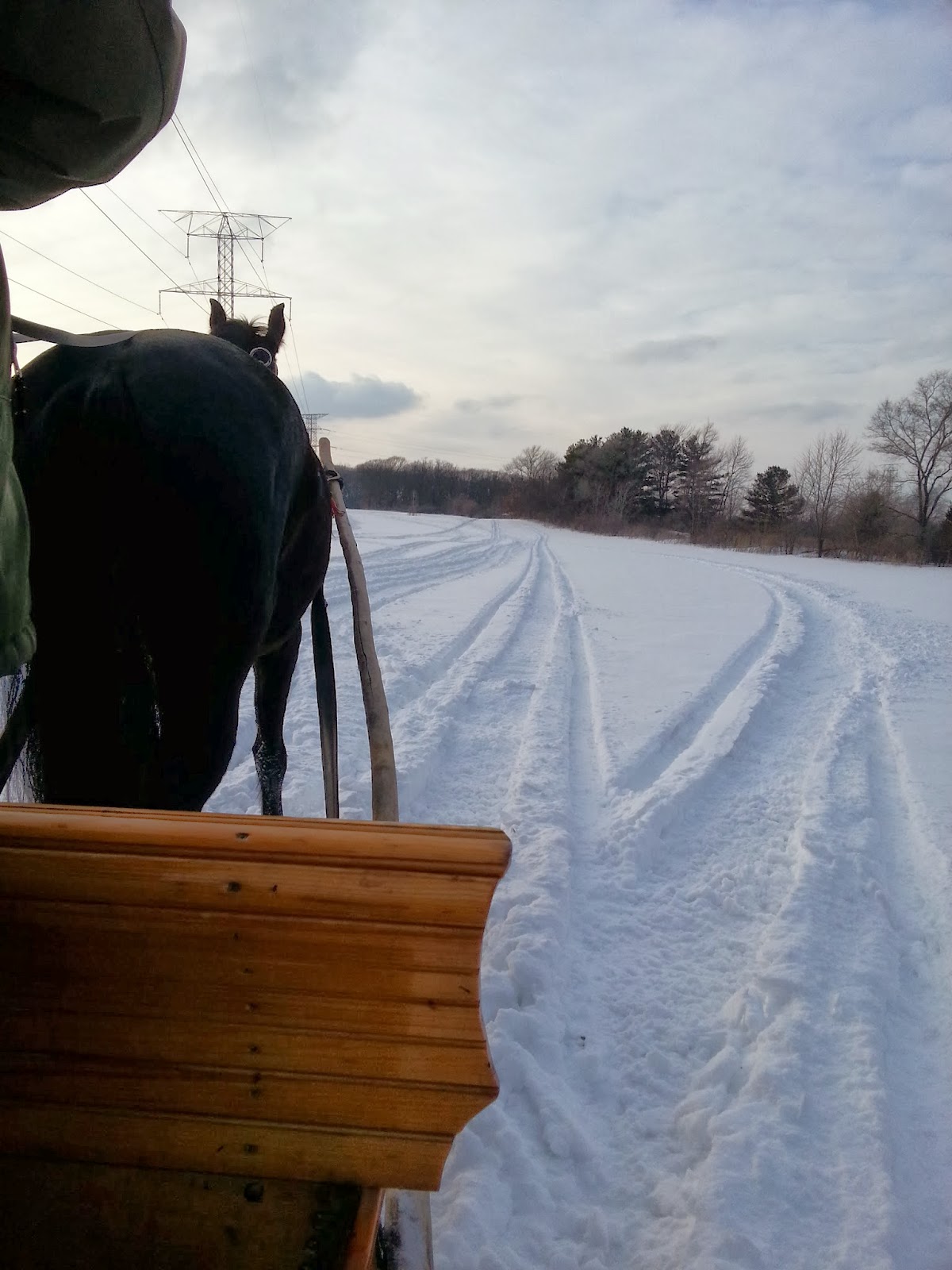 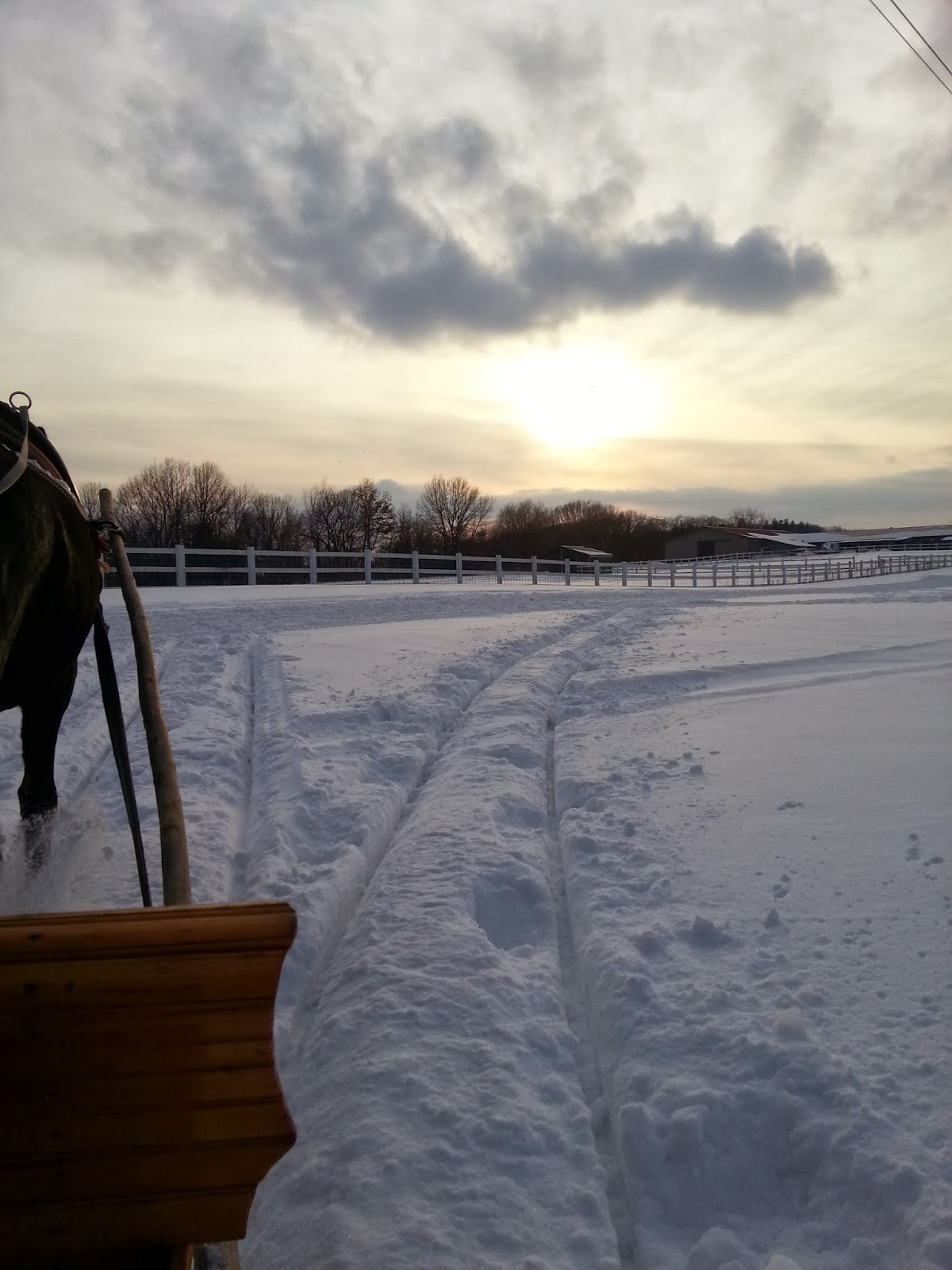 #4: Antique Fulton J Sheen Book: "A Life is Worth Living"

Long story short, I had this book in my Amazon cart for a long time. I usually buy my books USED but in "like-new" or "very good" conditions to save money and to help recycle them. I have ordered tons and tons of books in "very good" or even "good" conditions in the past...and pretty much all of them looked as if they were brand new or just had some insignificant wear.

This particular book was also listed on Amazon as Used: VERY GOOD
So I assumed it was going to be pretty new, with possibly some wear.

I wasn't even mad about the fact that I got a crappy looking book (it's perfect on the inside, just the dust cover is worn out) when, clearly, that is not what I ordered. I was pretty excited that this book made it into my hands. It's pretty cool that a Fulton J Sheen book from 1954 (that's before my PARENTS were BORN) is still around. 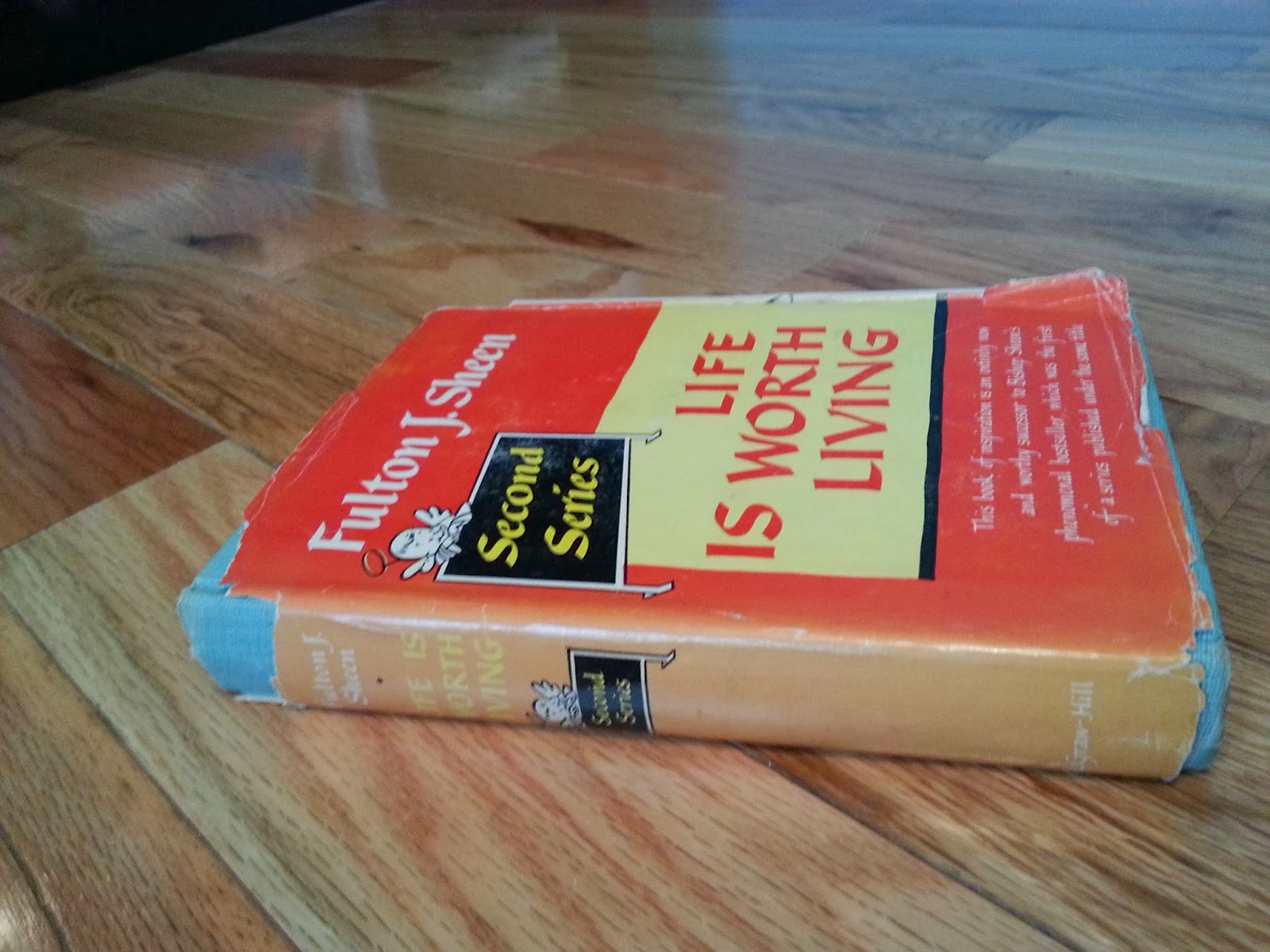 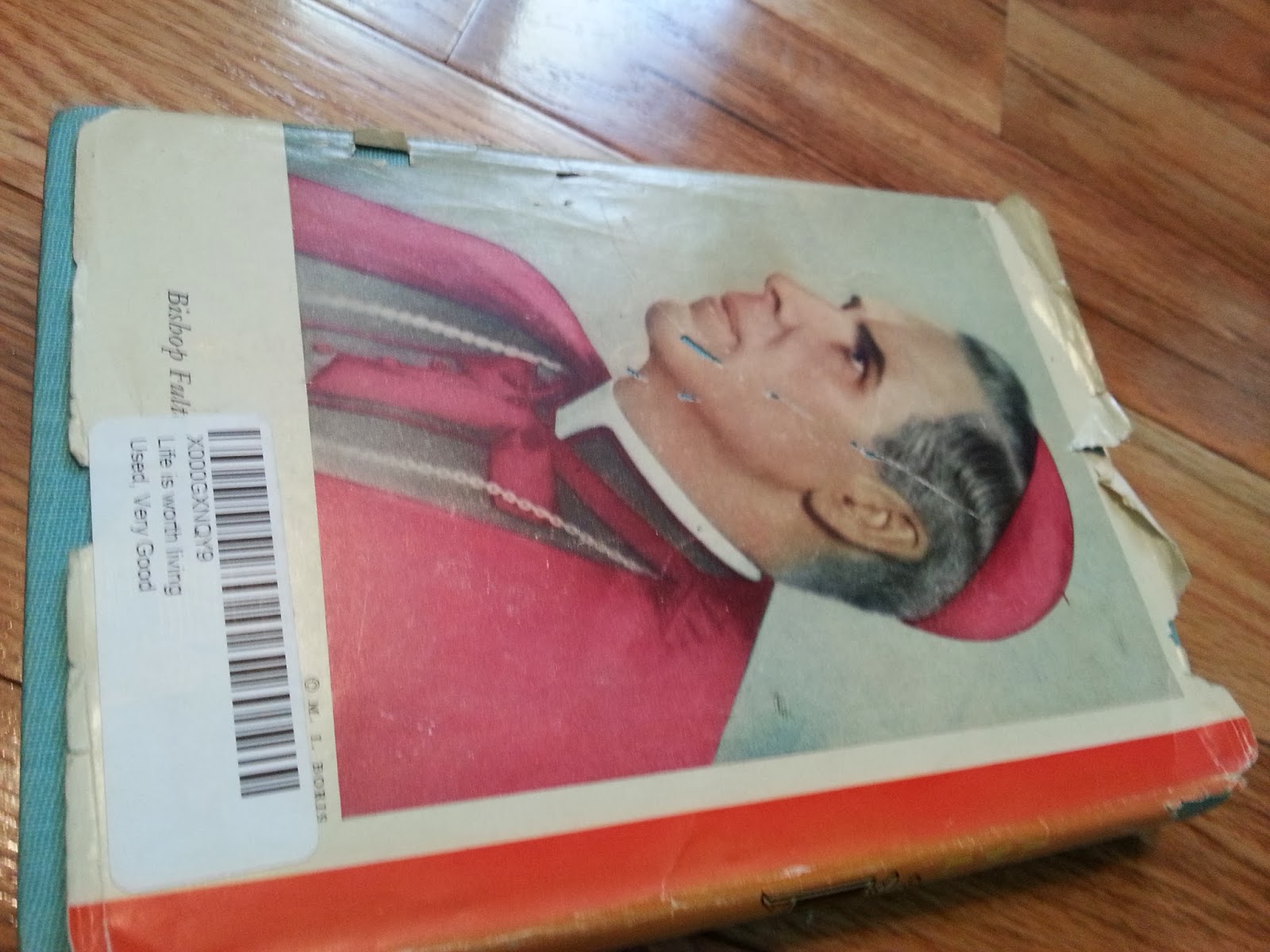 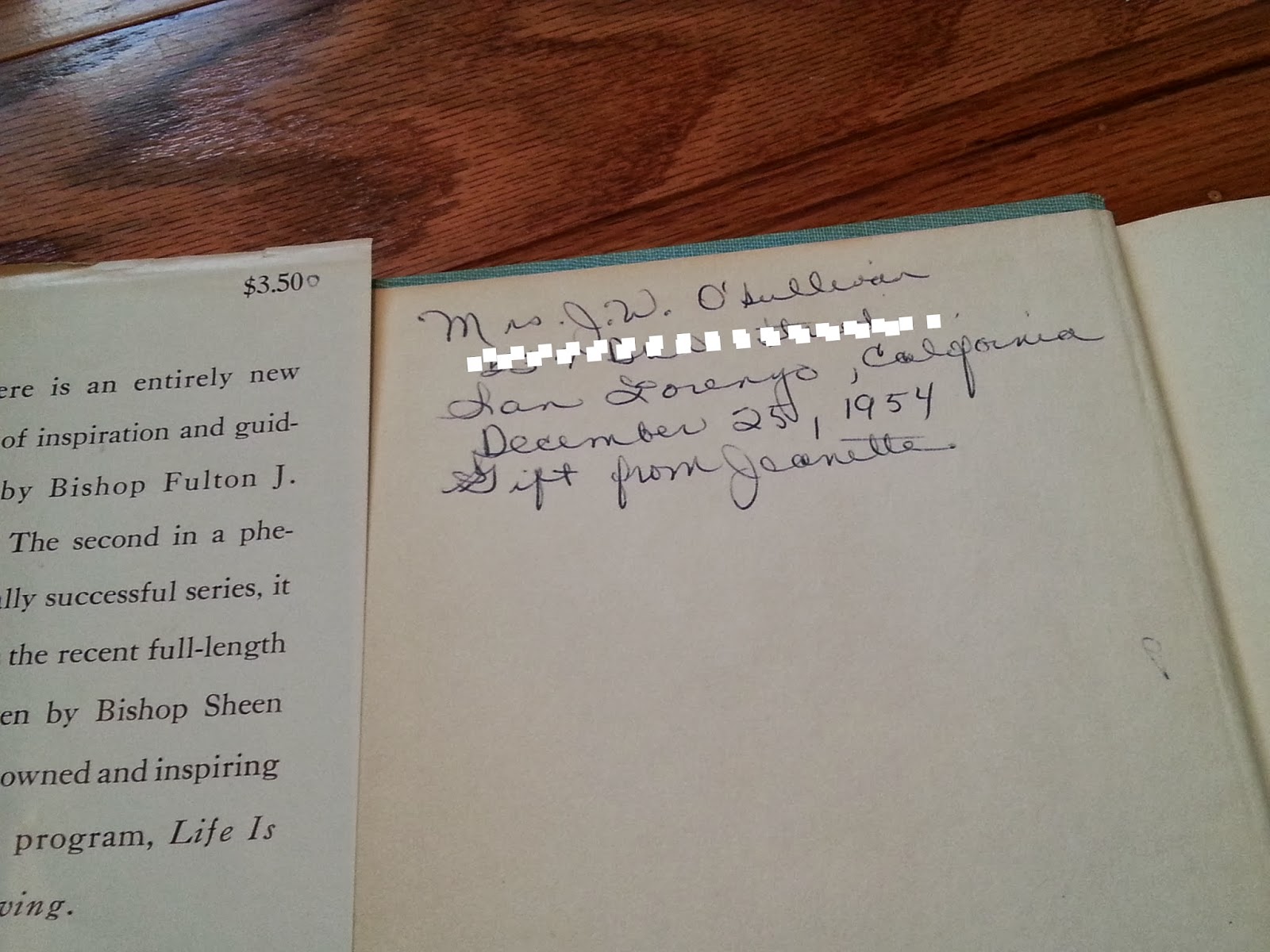 Somebody got this as a Christmas gift on December 25, 1954.
Notice the price in the upper left hand corner: $3.50 for a brand new book. I paid like 3-4x more for this same book, exactly 60 years later.

Last weekend, Greg and I went to the movies on a Sunday night to see the Son of God Movie.

It was a very good portrayal of Jesus' life, preaching, healing, and other miracles, as well as His Passion and Death. We both really liked the movie and we thought it was a good way to get into the Lenten spirit.

#6 Putting love into practice in a marriage...

When I was studying for the law final exam...I only slept for about 2 hours. My husband came home from his night shift at 3:30am. He took a shower and was rolling into bed around 4am, right as I was rolling out of bed (it was exactly 3:53am). I passed out around 2am and took a quick power nap, only to continnue studying until my exam at 9. It was pretty brutal.
But at least we made some nice memories at night...at least I did. It was a night when actions spoke louder than "I love you" words.  A few minutes after I rolled out of bed and settled in a chair downstairs to study...hubby rolled right back out of bed (instead of going to sleep) and asked:

He did it anyway so I could be nice and warm while studying through the night. I guess he felt bad for me...because sleep was very scarce during final exams week.  He even got up once or twice during the early morning hours to help me put some more logs in there.

Today he told me this is a hard week for him too..and not just for me.

A: "WHY???" I asked
(thinking: "what could possibly be harder than cramming hundreds of pages of information, stressing out, and barely sleeping???)
G: "Because it's kind of like we're "studying together...going through this difficult week together"

He said that he really enjoys being right there with me, supporting me, and doing nice things for me when I'm undergoing a difficult time.

Then after I came home from school that same day after a long night of studying and taking a very difficult law exam...Greg was all like:

G: Come here. I'll give you a hug?
A: Why?
G: Because I'm so proud of you
A: But why?
(I didn't think I deserved special treatment. But apparently he thought I was a trooper)
.........
[then I became lost in his embrace and cherishing the warmth of both his words and actions that day. Wow, that difficult day and night was a blessing for our marriage for sure. It made me feel amazing...like I was appreciated and understood. Thank God for good husbands!]

#7 Laudate and Stations of the Cross

Most of you good Catholics probably already know about the famous app Laudate: the #1 Free Catholic App. Well, I had it installed on my phone and kindle for a long time, but just recently started discovering it and benefiting from it. And WOW, is this app rich in good, solid Catholic resources, readings, and prayers. Since I committed to pray the Stations of the Cross every week, I found this app to be a true blessing, especially now during lent (although I will definitely continue using it after lent as well). It has both AUDIO stations of the cross and ones you can scroll through and read (with pictures included, to help you meditate on them). I highly recommend it!

That's enough love for one day!
Have a great weekend!
Agnes

Posted by RestlessCatholicGirl at 1:46 AM