On the Awesomeness of Something Other Than God Please don't ask me what I was thinking when making the above face.
But it makes me laugh everytime I look at it. haha.

Here to promote present this wonderful book by Jennifer Fulwiler (whose super awesome blog is Conversion Diary). The book is called Something Other Than God and you can purchase it through Amazon, Ignatius Press, Barnes n Noble, or your local bookstore. I think you should also read my post on #SOTG in which I include a myriad of ridiculous selfies and other pics of the book. YESSS, I was SOOO excited about the arrival of the book that I carried it with me all day on campus snapping shots of it (even though I knew I wouldn't be able to read it for a while due to being in the midst of my 3rd year pharmacy school final exams) and YESSS, I made my husband follow me around and take pictures of me with the book. Poor Greggie. But he does like the above gif and he takes pride in having taken those pictures.

As mentioned (and if you have been reading my blog, you may know) that I'm uber busy with my final- final pharm school exams ever! Unfortunately, with the hundreds and hundreds of pages of notes that I have to read in order to conquer those very last final exams, I was not yet able to get through Jennifer's entire book. Instead of reading her epic conversion story, I have been reading ridiculous amounts of material on treatment of cancer, pharmacokinetics, and quality assurance in the pharmacy. I have been eagerly following the book reviews, reading blog posts of fellow bloggers who have already inhaled the book whole, in like one night. Even with the cah-ray-zee amount of pharm school studying that I have to do, I could not resist the book any further, and I decided to at least read a little bit of the beginning as well as flip through it to see if anything caught my attention. And OH BOY, I should not have done that. Now I'm having a really, really, really hard time staying away from the book. But I know I must. For my own good. It would be a good idea to  PASS my very last 3 exams in pharmacy school and not have to repeat another year and dash out take out student loans for yet another $40grand in tuition. Thus, I must overcome the temptation to finish SOTG in one night, just like some of the other readers.

But anyways, I just wanted to share some excerpts of SOTG that caught my attention while I was "flipping through," excerpts that were just SO.DARN.GOOD.  Once I read the full book (after my last final exam next week), I will write a REAL review...a well thought out one...not just one with excerpts like I am today. But, unfortunately...priorities first. Whaddyagonnado?

Before I jump into the actual book...if you're not familiar with Jen's book and/or her blog, here is the background story....as seen on the inside cover of the book: 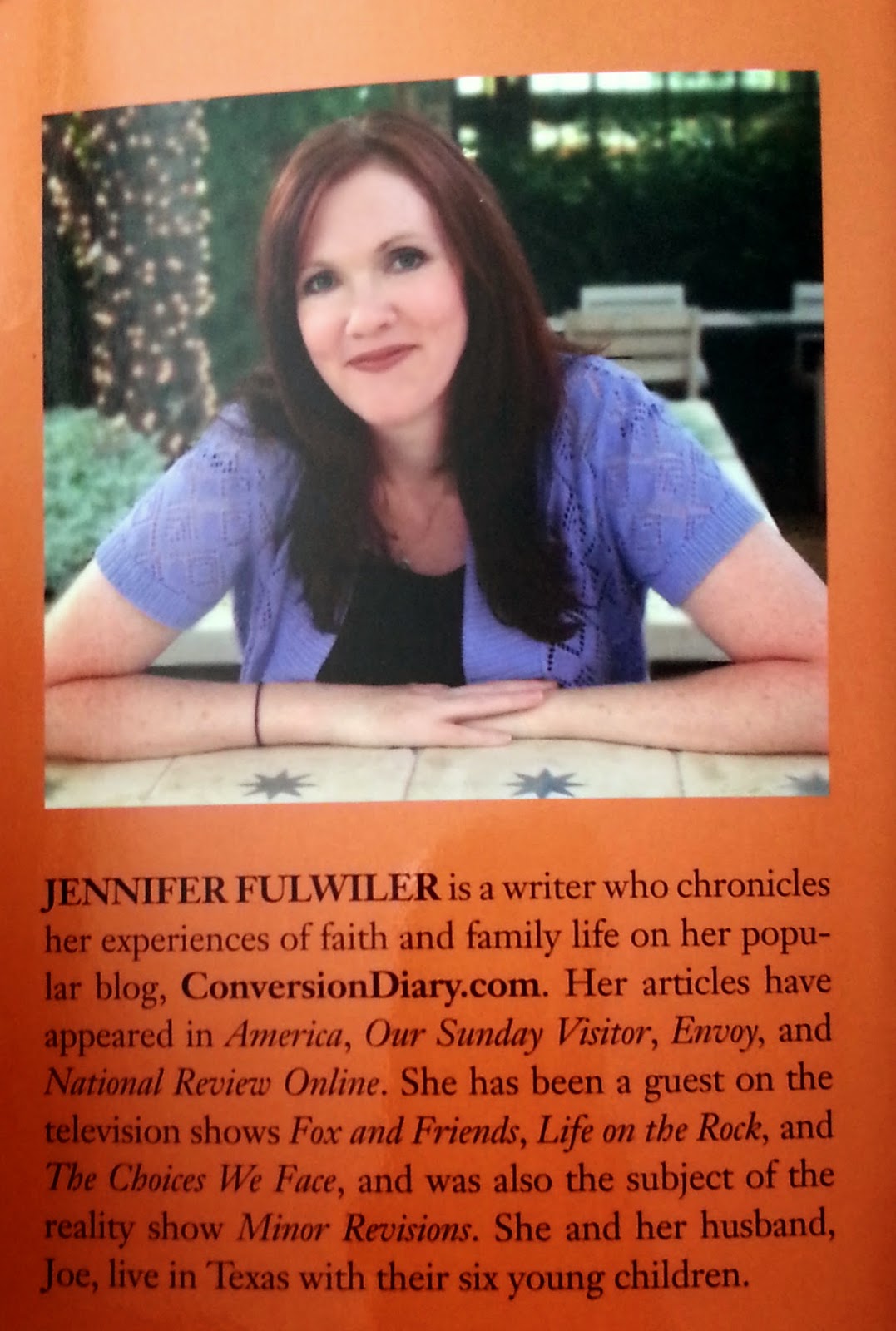 "Jennifer Fulwiler told herself she was happy. Why wouldn't she be? She made good money as a programmer at a hot tech start-up, had just married a guy with a stack of Ivy League degrees, and lived in a twenty-first-floor condo where she could sip sauvignon blanc while watching the sun set behind the hills of Austin.

Raised in a happy, atheist home, Jennifer had the freedom to think for herself and play by her own rules. Yet a creeping darkness followed her all of her life. Finally, one winter night, it drove her to the edge of her balcony, making her ask once and for all why anything mattered. At that moment everything she knew and believed was shattered.

Just when Jennifer had a profound epiphany that gave her the courage to convert, she was diagnosed with a life-threatening medical condition-and the only treatment was directly at odds with the doctrines of her new-found faith. Something Other Than God is a poignant, profound and often funny tale of one woman who set out to find the meaning of life and discovered that true happiness sometimes requires losing it all."


WHAT THE EXPERTS ARE SAYING ABOUT SOTG


Answer: Definitely not Jennifer Fulwiler! Gosh, it is just so darn refreshing to read Ms. Fulwiler's honest account of her life as an atheist, her search for meaning, and her doubtful approach to Catholicism. She came at it from a true "outsider's perspective", studied it intensively, sought logic in what she found, reasoned it to death, asked all of the hard questions, found answers that were true and satisfying, and came away a true convert. In this book, she puts into words so many things that I always understood about Catholicism, but have been unable to articulate clearly. And, in doing so, Jennifer Fulwiler manages to single-handedly debunk the pervasive anti-Catholic stereotypes that abound today. What a tremendous read! I will come back to this book again and again. Thank you, Jennifer!

I would honestly recommend this book to anyone and everyone. Whether you're looking for a good read that you just cannot put down for hours, or one that touches you so deeply you cannot stop thinking about what you have just read for days and days, or a book that makes you almost fall off your chair from laughing so hard....This is THE book for you.

I have been reading Jen's blog (Conversiondiary.com) for about 3 years now and I got to experience some of her amazing writing as well as accompany her on her journey of writing and revising this book. I have watched her on youtube and heard multiple interviews on the radio...and she never fails to MAKE me CRY...And this is exactly what her book does. It portrays her personality so well. Jen is such a great storyteller and that's reflected in this book. She portrays her conversion story in such an honest, heartfelt, and profoundly REAL way that one just cannot fail but be amazed at what GOD has worked in Jen and her husband's lives. Truly miraculous.


WHAT JEN IS SAYING IN SOTG
(along with my fascinating comments)
Warning: SPOILERS ahead, so stop reading if you don't want the book spoiled.

Jen's battle of the mind with the issue of abortion

Jen coming to a conclusion that Pope Paul VI's predictions about contraception were true...that in the near future, it would make women mere objects of sexual pleasure. 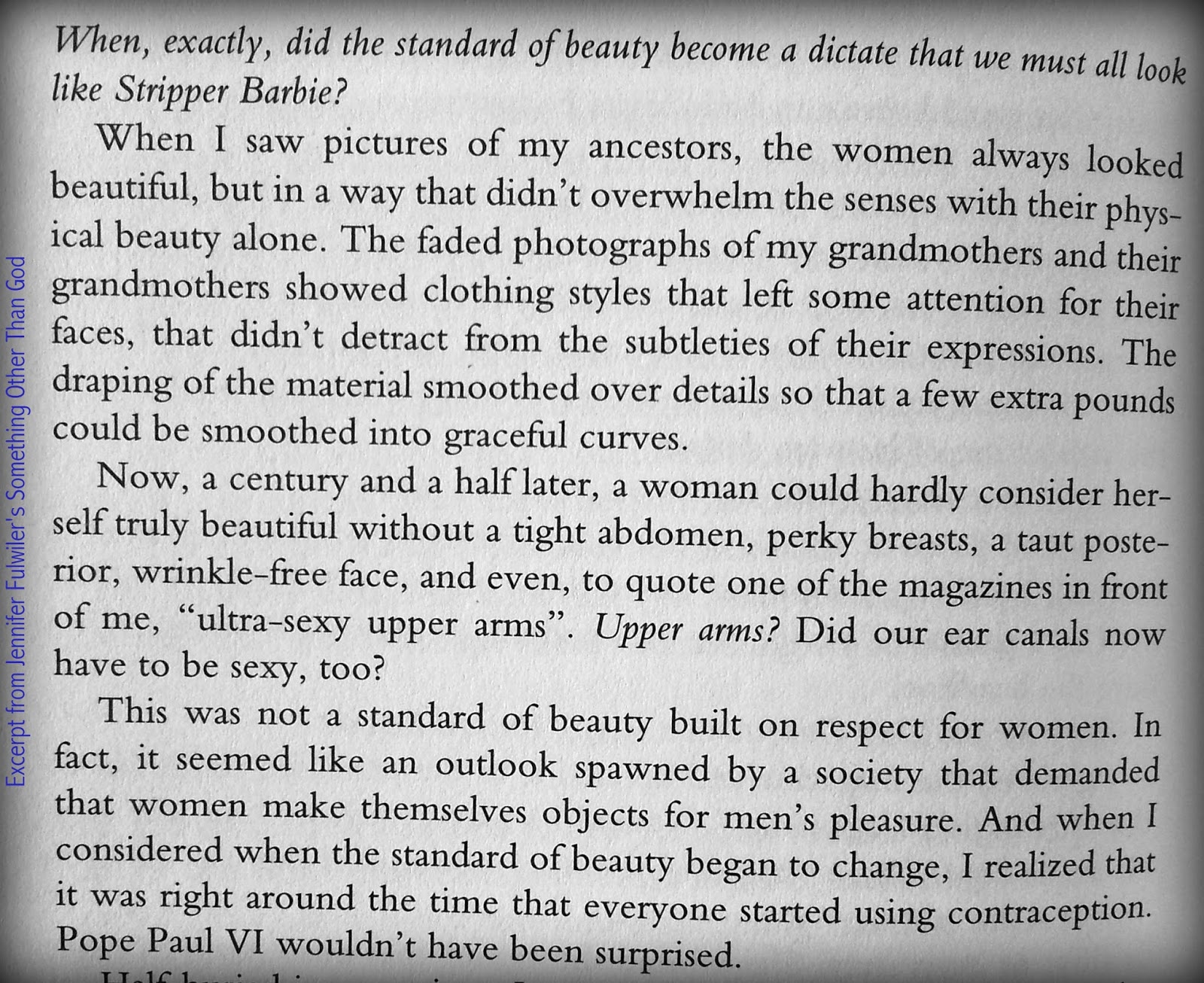 Again, Jen's battles in her mind. Her desires vs. God's desires? 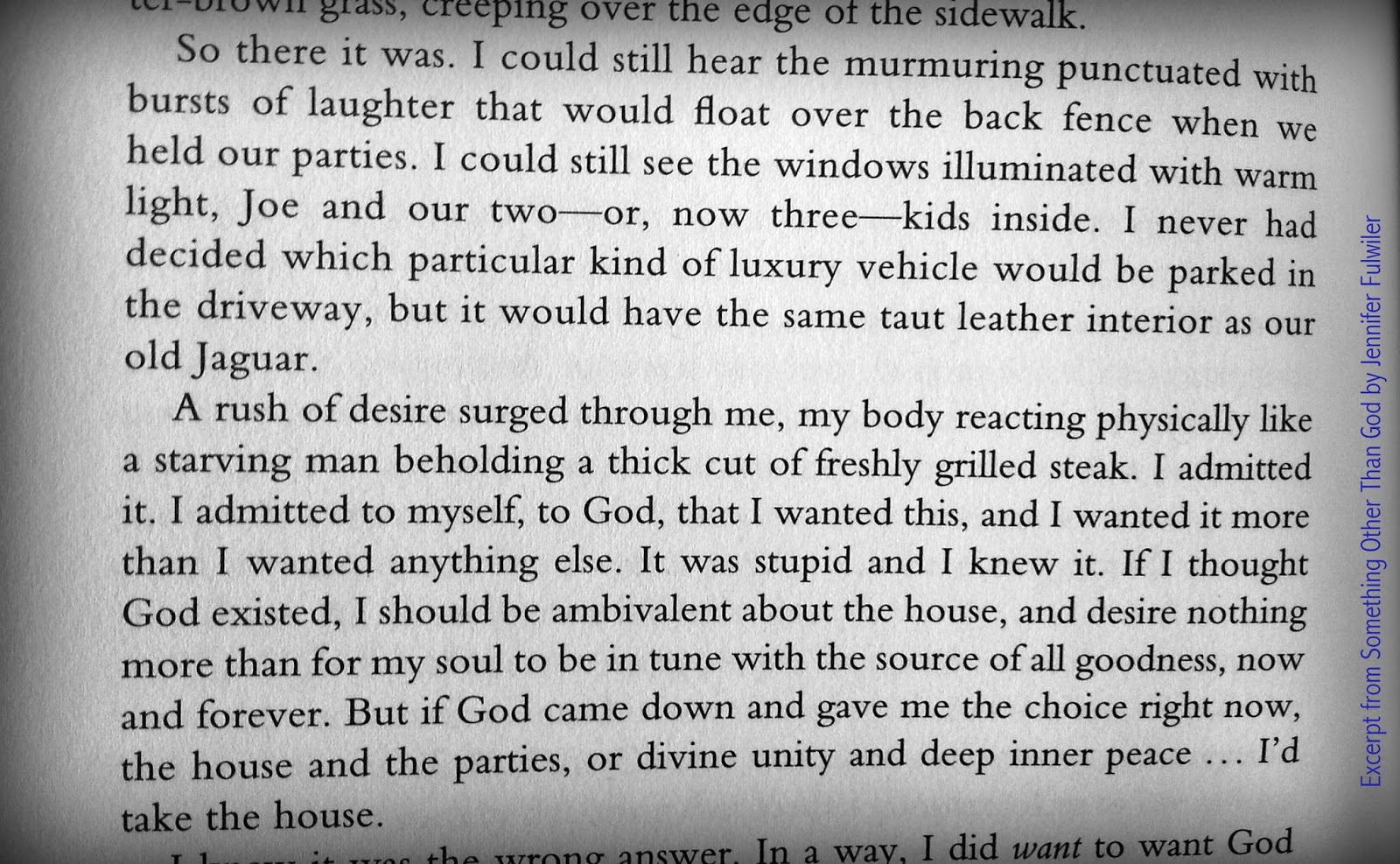 As Jen melted...and slid down to her knees

Are you conviced now that this book is super insightful and just plain awesome?

And that Jen Fulwiler is a really cool person?
(And smart, and an awesome mom, and now a CATHOLIC!)

Well, then, go read it. Heck, if you can't afford it I'll give you my copy (once I'm done of course.) 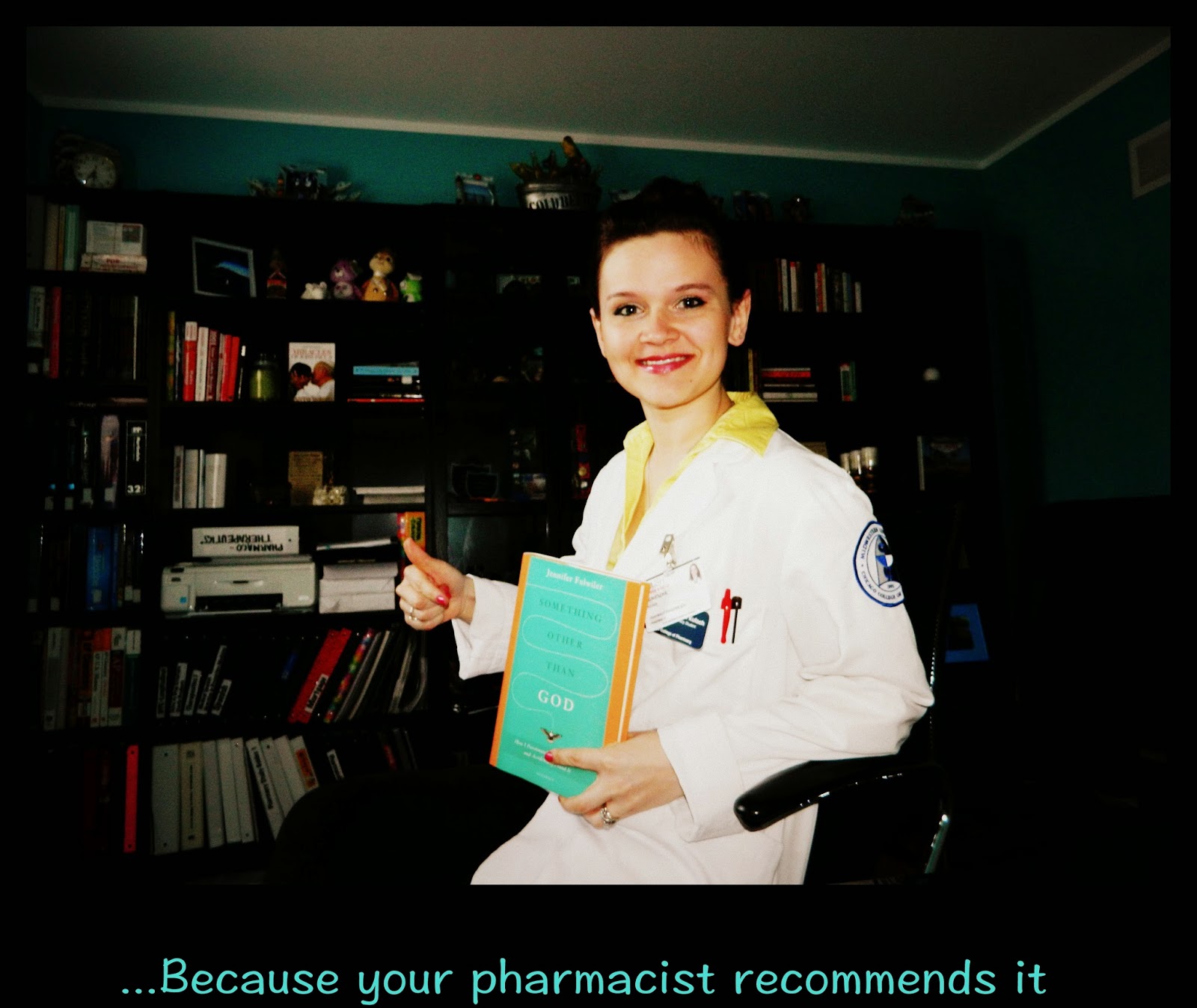 Posted by RestlessCatholicGirl at 6:50 PM